Yellow rice from the oven with chorizo, tomatoes and spinach

Many know Anthony Bourdain as that great travel chef, known for his travel programs as No Reservations. But not everyone knows that Bourdain was also a fantastic writer. From cookbooks to comics and novels: you must have them in your closet. In addition, beautiful books about Bourdain are published posthumously. Culy made a list with all the works you must have read.

The book Over de Kook has just been published. It is a biography of Bourdain, written by his regular producer Tom Vitale. He traveled the world with our culi hero for over sixteen years. What was it like working with Bourdain and: what was he really like?

> Over de Kook – Around the world and behind the scenes with Anthony Bourdain – by Tom Vitale (Kosmos Uitgevers) is now for sale for € 21.99

In 2013, Bourdain released a comic book (not the last: a few years later there was Hungry Ghosts ) titled Get Jiro! Together with co-author Joel Rose – who wrote several comics – he made a comic about Jiro: a ruthless sushi chef, who goes on bloody adventures in a food-obsessed world. With beautiful illustrations.

> Get Jiro! by Anthony Bourdain and Joel Rose

In addition to cookbooks and comic books, several Bourdain novels have also been published. Our favorite is ‘To the bone’, which appeared in 1995. The New York Times described the book as “sharper than a Japanese kitchen knife, satirical and extraordinarily confident”.

The story is about a New York restaurant where the chef is a junkie, the mafia tries to infiltrate and the owner is shadowed by the FBI. Meanwhile, young chef Tommy is trying to make a career out of that mess.

> To the bone of Anthony Bourdain is here and there second hand for sale .

It doesn’t get any better

Bourdain’s second cookbook, ‘It doesn’t get any better’, was published in 2017. Culy called it a “delightfully unorthodox rock ‘n roll cookbook”, because from Bourdain’s favorite meatloaf to osso buco : all recipes have a delicious, raw Bourdain -edge. He wrote the book together with Laurie Woolever, his right-hand man who also recently published the book ‘World Travel’

> It doesn’t get any better than Anthony Bourdain 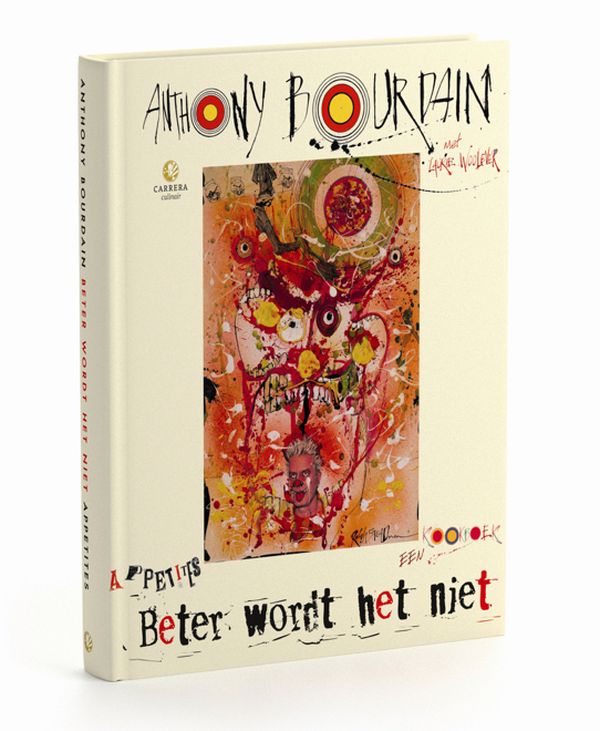 Anthony became known worldwide through his book  Kitchen Confidential: Adventures in the Culinary Underbelly , which he published in 2000. Or, in Dutch: Keukenconfessions . In this wonderful book he talked about all the secrets in the catering industry and the dirty side of the profession. It is not for nothing that the subtitle of the book is: “Sex, drugs and Haute Cuisine”…

The book also led to his first travel program: A Cook’s Tour at Food Network. A must read!

Bourdain was active as a chef long before he made his famous travel programs. He went to cooking school and then worked for years at various restaurants in New York. He was known as the man behind Les Halles brasserie in the Big Apple. In 2004 he published a cookbook with the same title, in which he shared robust recipes from the brasserie.

The restaurant closed in 2016 and had long since been owned by another chef. After Bourdain’s death in 2018, it became a place of pilgrimage for fans of the culinary hero, who left flowers, notes and candles at the restaurant.

The Les Halles cookbook is not easily available, but it is a real must-have.

Recently published: ‘World Travel’. The Official Alternative Travel Guide by Anthony Bourdain and Laurie Woolever (Carrera Culinary). It’s a guide to all the culinary places Bourdain says you should have been to. And there are many, many…

> Anthony Bourdain and Laurie Woolever’s World Travel is now on sale for €25. 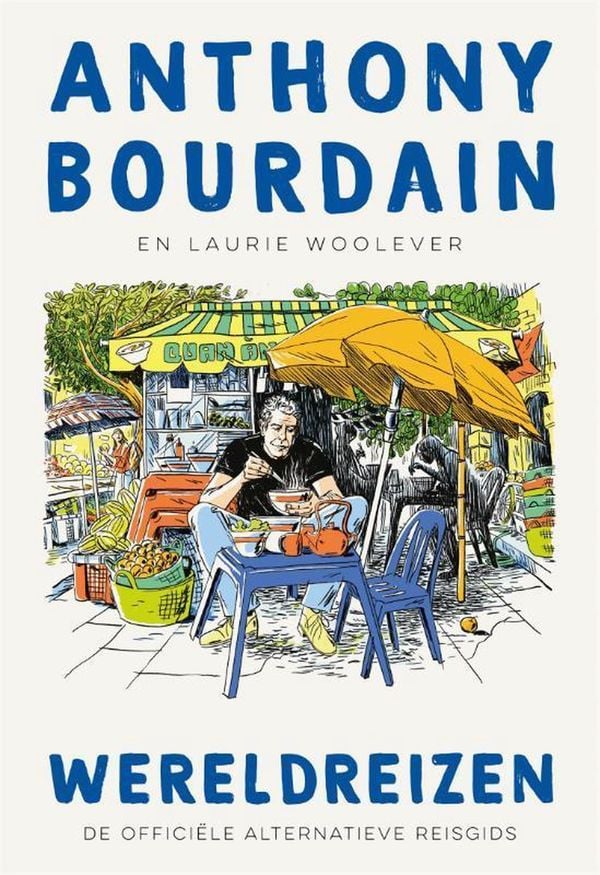 Yellow rice from the oven with chorizo, tomatoes and spinach